At the town meeting of October 14, 1871, the residents of the town of Searsport voted to "accept the munificent gift of books made by David Sears, Esq." and united them with books received from the Searsport Library Association to form the Sears Public Library. For many years, the town rented a room upstairs in the Phineas Pendleton Block on Main Street to house the library. It was at another town meeting, 37 years after David Sears' gift, that the residents again accepted a "very generous offer of Mrs. George A. Carver, Amos D. Carver, and Miss Elizabeth E. Carver of Brooklyn, New York, heirs of the late Capt. George A. Carver, of a public library building."

The library was built in 1909 with stones taken from the Carver farm at the Moose Point shore, and dedicated on October 13, 1910. The Bangor Daily News of the following day described the contents of the strong box which was sealed into the corner stone of the building to "remain for the next 100 years to be opened on the 100th anniversary of the dedication."

In 1998, after receiving two sizable grants and contributions from local corporations, businesses and private citizens, the library undertook a major expansion, adding a children's room on the lower level, an elevator, and an accessible entrance.  Today the Carver Memorial Library stands nearly doubled in size from the original structure.  It remains, as the Bangor Daily News noted in October 1910, "a thing of beauty and a joy for generations of Searsport people to come."

Land Acknowledgement
Carver Memorial acknowledges that it is located on the traditional land of the Wabanaki and Penobscot peoples, past and present, is grateful for their strength and stewardship, and commits to continuing that care going forward. The Library honors the history of the land and people of the area, shares stories, and welcomes everyone, now and into the future. 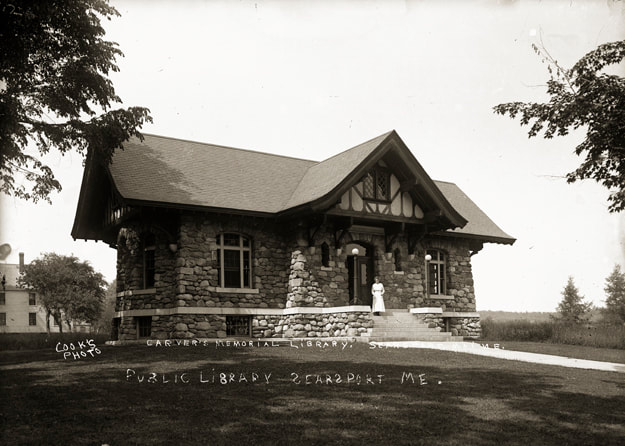 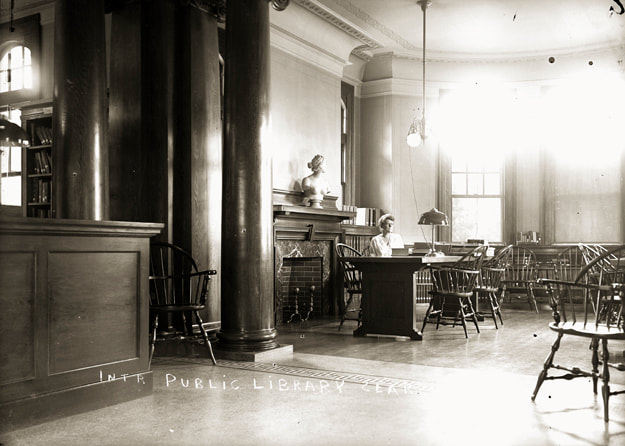 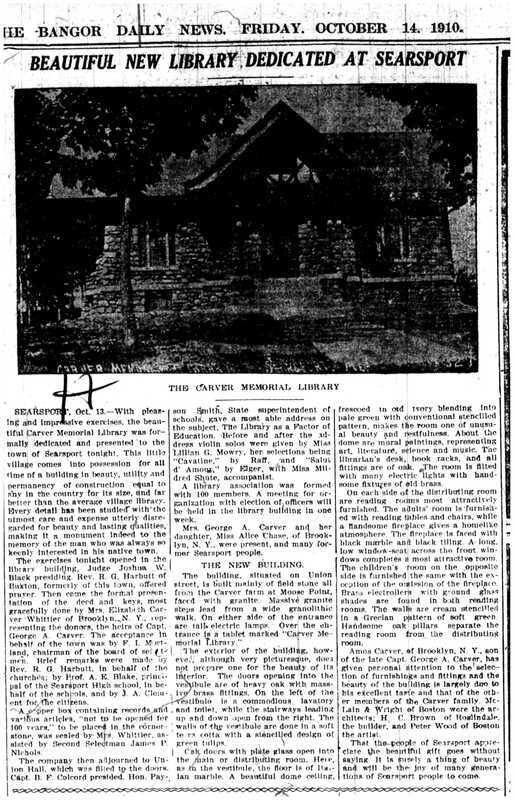